Some 2,000 Kenyans are to be engaged as cruise ship workers aboard vessels owned by Royal Caribbean Cruises and Celebrity Cruises in the latest recruitment drive.

This is the second lucrative deal for Kenyan seafarers after the Italian-owned Mediterranean Shipping Company (MSC), which has so far employed some 1,000 Kenyan seafarers aboard its fleet of ocean-going vessels.

Speaking in an interview, Mr Mahendra Seepaul, the managing director of CSCS International-Mauritius, the hiring partner for both Royal Caribbean and Celebrity Cruises, said they have identified Kenya as ideal hospitality and maritime job market.

“We are already recruiting in Madagascar, South Africa, Ghana, Zimbabwe and Rwanda. We have seen the calibre of staff you have here and want to make Kenya the hub of our African recruitment process,” Mr Seepaul said.

Already, interviews have been conducted at the Boma Hotel Nairobi, Kenya Utalii College, Nairobi and Bandari Maritime Academy in Mombasa.

“My priority in coming to Kenya is to give jobs to deserving and jobless youth and those with a background in the hospitality industry,” he said.

He challenged workers in the hospitality industry to retool themselves with the requisite skills that will allow them to get well-paying cruise jobs. Gen Mwathethe called on the recruits to carry the Kenyan flag high.

“The nature of your works entails lots of travel. We urge you to be our good ambassadors and help keep the Kenyan flag high at all times,” he said, adding that the maritime world is grappling with a shortage of seafarers.

“It is our hope that Kenyans in the hospitality industry can retool themselves and apply for these jobs that come with better remuneration,” Gen Mwathethe said.

Dockworkers Union General Secretary Simon Sang said the jobs offer to young Kenyans by cruise liners are a big testimony of the huge potential in the local labour market. “We have seen what these jobs mean to our people, and we salute the government,” he said.

“We have our towns within Mombasa Port city like Likoni, Kisauni and Kongowea which were largely built by people who served as seafarers in the former days. We are eager to get back to the old golden days when Kenyan seafarers ruled the waves,” she said.

The government has upgraded the former Bandari College to Bandari Maritime Academy which has now started attracting international students from across the continent.

Government and Public Administration
2 days ago

Accounting, Auditing and Finance
2 days ago

Government and Public Administration
3 days ago

Government and Public Administration
3 days ago

Hospitality and Tourism
5 days ago

Hospitality and Tourism
1 week ago

Accounting, Auditing and Finance
1 week ago

Hospitality and Tourism
1 week ago

2,000 Kenyans To Be Employed By Royal Caribbean And Celebrity Cruises 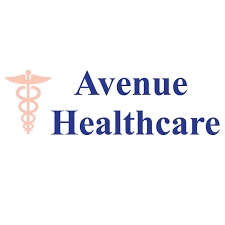 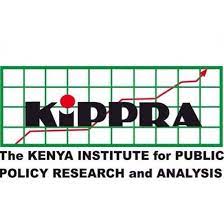