TSC Begins Getting A Mass Flow Of Transfer Requests From Delocalized Teachers, 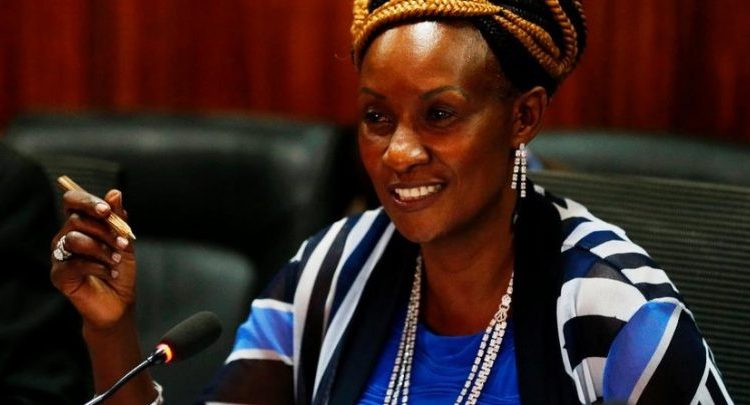 Teachers who are working outside their home counties have begun to submit a lot of transfer requests to the Teachers Service Commission (TSC).

TSC online transfer portal failed to function yesterday and today for a total of five hours, this demonstrated its incapacity to manage the numerous transfer requests from teachers.

The majority of teachers are aware of Dr. Ruto’s pledge to renounce the TSC’s delocalization agenda if he wins the presidency.

The DP stated that teachers’ relocation will be done at their discretion and that those who participate will receive hardship compensation.

The most recent TSC guideline states that teachers must have worked in the North Eastern region for at least three years before being transferred back to their home counties.

Before they are given the opportunity to transfer to their home regions, teachers from other regions must work for at least five years.

The revised regulations stipulated, in part, that “the teacher must have served in a station for a period of not less than three years and five years for North Eastern and other areas, respectively, from first appointment,” unless otherwise permitted by the Commission’s Secretary.

However, only those who are willing will be delocalized after Ruto assumes power. Once more, people who will be relocated will receive compensation.

The TSC’s delocalization policy, according to Ruto, would be repealed and replaced with a program that recognizes teachers as a national resource.

He claimed that teachers would be free to select the counties and institutions they wish to work for. To better manage the educational institutions, he promised to change the name of the present Teachers Management Institute to the Kenya School of Education.

The recruitment and deployment of domesticated teachers at the entry-level shall follow.

He referred to the UNESCO teacher deployment practice, which views education as a cultural activity carried out locally in the context of a people’s culture.

As per the Curriculum Based Establishment for secondary schools and staffing requirements for primary schools, the policy on teacher transfers is always contingent on the availability of a replacement.

In 2017, TSC began implementing its delocalization policy. As of late, the Commission has been posting newly hired teachers outside of their counties.

2018 saw the delocalization of school heads who had overstayed their welcome in their current county of employment.

Due to opposition from teachers unions and other political groups, the initiative was initially halted and then suspended.

Due to protests from teachers who fiercely oppose it and allege it is tearing their families apart, the Commission temporarily paused the delocalization scheme.

To balance its staff, TSC, however, embarked out a large-scale transfer of teachers in May. Macharia listed a few factors the Commission will take into account when transferring teachers, including the “First in, First out element,” “Gender balance when relevant,” and “Teacher’s security where applicable.”

The following factors were listed by Macharia as things that would be taken into account while making the transfer.

Teachers aged 56 years and above will be exempted from the transfer out of the area of their current work stations.

Teachers with proven cases of terminal illness will be exempt from transfers out of the current sub county of work.

However, the Committee will evaluate each case on its own merit taking into consideration the supporting Medical documents, the availability and accessibility to the appropriate medical facilities amongst other factors in the proposed station.

Teachers with disability with the necessary certification will be exempted from transfers outside their current station sub County.

Transfer couples who are employees of the Commission and have formally declared their marital status in the same neighborhood where possible.

5. Length of stay since first appointment:

The teacher must have served in a station for a period of not less than three (3) years and five (5) years for North Eastern and other areas respectively since first appointment; unless otherwise authorized by the Commission Secretary.

Latest Jobs in Kenya
6 days ago

Enumerators Jobs at Action Against Hunger

Latest Jobs in Kenya
2 weeks ago

Enumerators Jobs at Action Against Hunger

Latest Job Openings at The Center for International Health, Education and Biosecurity (CIHEB)